Today we are cooking with her majesty, the eggplant, the main ingredient of our recipe.

A poor vegetable by definition used as a base for the everyday cooking of common people.

For a long time it was thought to be the cause of diseases, even psychological ones.

It was said to cause bad moods.

In the western diet it seems that its edibility was accepted only in the1500’s when Carmelite fathers ate it “without any curse”.

Once this superstition was removed, the consumption of this vegetable is daily, from appetizers to main courses and even desserts.

But back to us with our recipe for pasta alla norma.

Norm is characteristic of the city of Catania, a first course dedicated to the great musician from Catania, Vincenzo Bellini and his most famous opera “La Norma”.

According to the legend, this dish was born thanks to a company of Melomani (people who love music) who, at the exit of the theater, found the trattoria already closed so they were served an improvised pasta dish made of eggplants, tomato, basil and a handful of salted ricotta cheese.

One of the diners liked it so much to exclaim “it’s a norm” in homage to Bellini’s opera.

And that’s where this fantastic recipe gets its name.

Today we are not going to make the traditional Sicilian recipe, where the eggplants are fried separately, but rather a “lighter” version, but still very good, in fact it has only 430 kcal (per portion) compared to the 613 kcal of the original recipe.

In my opinion, this dish can also be eaten by vegetarians and by removing the salty ricotta cheese it is also suitable for vegans.

Did you make this recipe? 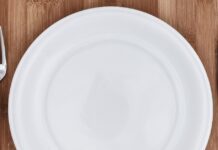 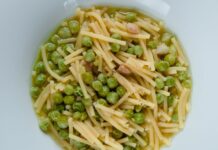 Pasta With Peas And Bacon: Easy And Fast Italian Recipe! 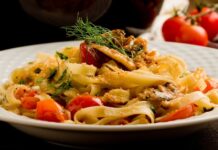 Pasta With Sardines And Cherry Tomatoes: A Recipe With Spectacular Flavor

This site uses Akismet to reduce spam. Learn how your comment data is processed.

Welcome to The Bella Vita, created by an Italian girl.

We hope you enjoy what you find, and trust that every recipe will work well. 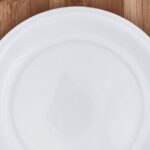 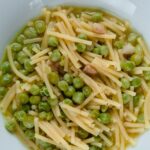 Pasta With Peas And Bacon: Easy And Fast Italian Recipe!

Pasta with peas and bacon is an Italian recipe, quick to prepare, but really delicious. The special thing about this dish that I love, is...

Pasta alla norma recipe, an easy recipe with a Sicilian flavor. Today we are cooking with her majesty, the eggplant, the main ingredient of our... 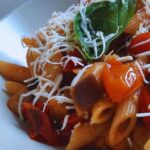 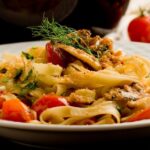 Pasta With Sardines And Cherry Tomatoes: A Recipe With Spectacular Flavor

ABOUT US
Welcome to The Bella Vita, created by an Italian girl. Here you’ll find authentic Italian recipes, easy & simple food recipes, kitchen hacks and more. We hope you enjoy what you find, and trust that every recipe will work well. Happy cooking!
Contact us: [email protected]
FOLLOW US
© All Rights Reserved |The-Bella-Vita.com
Skip to Recipe